Lawrence H. Suid, a military historian, is the author of several books and has recently appeared on The History Channel, Turner Classic Movies, and CNN. 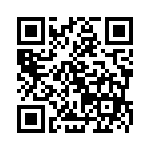