Gut: The Inside Story of Our Body's Most Underrated Organ

Enders, a medical student, became fascinated with all things digestive after a roommate asked her about the mechanics of elimination. She discovered that the gut affects overall health far more than ... Read full review

Giulia Enders, MD is a two-time scholarship winner studying medicine at the Institute for Microbiology in Frankfurt. Her presentation of Darm mit Charme (Gut Charm) won her first prize at the Science Slam in Berlin and went viral on YouTube.

Jill Enders is a graphic designer whose main focus is communication in science, and the founder of a collaborative network of designers and scientists.

David Shaw was born in Leeds, UK. He has worked at Deutsche Welle, Germany's international news broadcaster since 1995. Shaw has an M.A. from the University of Bath in Interpreting and Translating German and Russian, where his thesis was on the adaptation of German Television news texts for an international, English speaking audience. He regularly translates books from German to English. 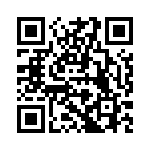