Very comprehensive book. You might have to read between the lines to get the information you seek but overall is an excellent book to read. Read full review

Jack Nicklaus was born in 1940 in Columbus, Ohio, and maintains a home there and in Florida. Widely regarded as the greatest golfer of all time, he has achieved a record twenty major championship victories, consisting of two U.S. Amateurs, six Masters (also a record), four U.S. Opens, three British Opens, and five PGA Championships. The winner of more than 100 professional tournaments around the world, Nicklaus was named Golfer of the Century in 1988.

Ken Bowden was the editorial director of both Europe's and America's premier golf magazines, and has collaborated with Nicklaus on eleven books. Since first watching Nicklaus compete in 1959, Bowden has witnessed a great many of Jack's achievements first-hand. 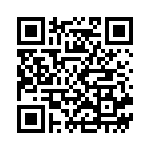