SPOILER ALERT! A fin-de-siecle slice of life about a girl who manages to win the golden (wedding) ring instead of becoming a courtesan as everyone around her expects. It's easy reading and quick, and ... Read full review

At first appearances, the short novella is cute, light fare seeped in the richness of the Gilded Age in France. It soon turns into a witty satire of love and relationships. Raised by her grandmother ... Read full review

Colette, the creator of Claudine, Cheri and Gigi, and one of France’s outstanding writers, had a long, varied and active life. She was born in Burgundy on 1873 into a home overflowing with dogs, cats and children, and educated at the local village school. At the age of twenty she moved to Paris with her first husband, the notorious writer and critic Henry Gauthiers-Viller (Willy). By locking her in her room, Willy forced Collette to write her first novels (the Claudine sequence), which he published under his name. They were an instant success. Colettte left Willy in 1906 and worked in music-halls as an actor and dancer. She had a love affair with Napoleon’s niece, married twice more, had a baby at 40 and at 47. Her writing, which included novels, portraits, essays and a large body of autobiographical prose, was admired by Proust and Gide. She was the first woman President of the Académie Goncourt, and when she died, aged 81, she was given a state funeral and buried in Pčre Lachaise Cemetery in Paris. 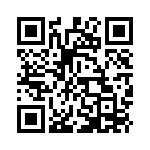