Nancy Holder has published sixty books and more than 200 short stories. She has received four Bram Stoker awards for fiction from the Horror Writers Association, and her books have been translated into more than two dozen languages. Her books include the New York Times bestselling series Wicked and the novel The Rose Bride. A graduate of the University of California at San Diego, Nancy is currently a writing teacher at the school. She lives in San Diego with her daughter, Belle, and their growing assortment of pets. 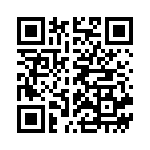