Deserves to sit along the best of Richard Ellmann and Brian Boyd. Magisterial erudition captures Perec"s wonky world. Early in the biography the reader is informed of the myriad puns associated with ... Read full review 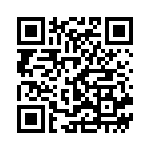