Robert Cribb is the author of Wild Man from Borneo: A Cultural History of the Orangutan which made the NSW Premierżs History Awards 2015 shortlists in the category of General History. 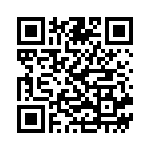