Please — save yourself some money and avoid this book at all costs. It is misnamed, full of errors, and has no documentation to support some of the claims made by the author. I wish there was a way of giving Zero stars to the review
I am not finished and may find something positive to say before I reach the end, but the greatest predictor of the future is the past and the present and the first 100 pages are simply awful.
I suspected that there would be trouble when the author mispelled (and continued to mispell) the term for the mexican popular music style name the corrido. He refers to narcocorridA and uses this term throughout the book. That's not the only spelling or misidentification of terms found in this book. Mestizo becomes Mezito, knicknames of people become mangled and switched around to unrecognizable forms. The review of Mexican history is simplistic and looks like it might have been cribbed directly from Wikipedia. Doesn't Wiley have editors who do fact checking?
And the title is very strange. There is NO mention of Cartels until page 56 — a quarter of the way into the book, and then there are another 5 pages before he begins to lay out some of his understanding of the history of the cartels. And he immediately makes two errors of fact — the most egregious being completely incorrect information about one of the first generation narcotraffickers Pedro Aviles Perez. He goes from bad to worse by page 65 when he attempts to describe the emergence of the Guadalajara Cartel and its leaders.
It seems to me that this author is simply trying to cash in on a hot topic even though he is highly unqualified and misinformed about what is happening in Mexico. There is a disclaimer at the end indicating that he has not identified sources to protect them from retaliation, but I can assure any of his respondents that they have nothing to worry about from what he has said.
I also hope that Wiley didn't publish too many of these books. I would hate to see a reputable publisher go into bankrupcy and ruin its prestigious reputation by publishing drivel such as this.

Jerry Langton is a journalist and the author of several books, including the national bestsellers Fallen Angel: The Unlikely Rise of Walter Stadnick in the Canadian Hells Angels and Biker: Inside the Nefarious World of an Outlaw Motorcycle Gang. Over the past two decades, Langton's work has appeared in The Toronto Star; The Globe & Mail; National Post; Maclean's; The Daily News of New York City; The Star-Ledger of Newark, N.J.; American Banker and dozens of other publications. 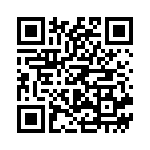