Many Thanks for giving us the explanation of graphics in Detail.. It's a very precise and good.. I hope u make the next edition as soon as possible

Peter Shirley is a principal research scientist at NVIDIA and an adjunct professor in the School of Computing at the University of Utah. He has held positions at Indiana University and the Program of Computer Graphics at Cornell University.

Steve Marschner is an associate professor in the Computer Science Department and Program of Computer Graphics at Cornell University. 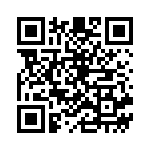