Tomson Highway: Tomson Highway is a writer from northern Manitoba. His best-known works are the plays The Rez Sisters, Dry Lips Oughta Move to Kapuskasing, Rose, Ernestine Shuswap Gets Her Trout, and The (Post) Mistress, as well as the best-selling novel Kiss of the Fur Queen. He writes in three languages: Cree (his mother tongue), French, and English. As a classically trained pianist (who also writes music), he has studied with some of the finest teachers in Canada, most notably William Aide and Anton Kuerti. 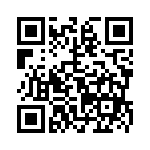