Campfire publishing brings us a beautifully drawn adaptation of Mary Shelley's classic that brings Frankenstein's break from humanity to life. Love how Naresh Kumar depicts the dappled light falling in the garden of the narrator's home. Read full review

Mary Shelley's horror classic is a story meant to be illustrated. With language so richly vivid, readers can't help but picture the horrors that emerge from her sharpened quill. What young reader ... Read full review

Mary Wollstonecraft Shelley was born in London, England on 30th August 1797. She is best known for her novel Frankenstein which was published in 1818, when she was only 20 years old.

Shelley's interest in scientific fiction was influenced by her father, who was fascinated with developments in scientific thinking during the nineteenth century. This interest was followed by Shelley who would regularly attend scientific lectures in London.

Shelley's later novels never gripped the public's attention as Frankenstein had; the novel continues to intrigue modern readers, and has been the subject of several books and films. 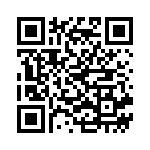