Christopher R. Martin is Associate Professor of Communications at Miami University. He is coauthor of Media and Culture: An Introduction to Mass Communication. 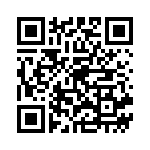