Manuel Vargas is Associate Professor of Philosophy at the University of San Francisco. He has published articles on a range of topics, including free will and moral responsibility, practical reason, evil, and Latin American philosophy. 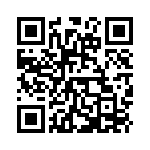