Very interresting if you want to learn about airplane pilots

As the son of an airline employee, Peter Pigott grew up at the edge of airports around the world. He is currently a research officer for the Bureau of Assistance for Central and Eastern Europe with the Department of Foreign Affairs in Ottawa. He has been posted to New York, Hong Kong, Vienna and The Hague. While in Hong Kong, he was asked to write the official history of aviation in that territory; the result was a book that has become especially relevant with the building of the new airport at Chek Lap Kok. On most weekends, peter can be found at the National Aviation Museum in Rockcliffe with his two daughters, who cheerfully put up with their father's madness. 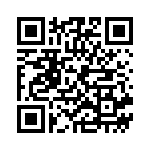