I saw this book in a remainders bin and grabbed it, looking forward to a humorous review of eccentrics and their belief in a flat earth. This book didn't really live up to the self-induced hype ... Read full review

This is a very important book of intellectual history. It should be read along with James Barr's Fundamentalism and the works of Richard Rorty. This book clearly illustrates that the Protestant sola ... Read full review

Dr. Christine Garwood is an Associate Lecturer at the Open University, and former Research Fellow on the Alfred Russel Wallace Project. Flat Earth is her first book. 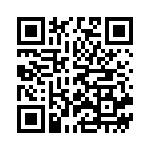