Douglas C. Harris is an assistant professor in the Faculty of Law, University of British Columbia. 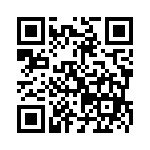