Pasi Sahlberg is a visiting professor at Harvard Graduate School of Education and former Director General of CIMO (Centre for International Mobility and Cooperation) at the Finnish Ministry of Education and Culture. 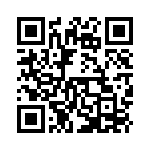