Alvin Schwartz was born April 25, 1927.Schwartz began his career as a journalist, but, after the publication of his bestselling book A Twister of Twists, a Tangler of Tongues, he devoted himself to becoming a collector and arranger of folk wisdom, rhyme, and silliness. Schwartz is known for a body of work of more than two dozen books of folklore for young readers that explore everything from wordplay and humor to tales and legends of all kinds. Schwatz is best known for the Scary Stories to Tell in the Dark series, which featured gruesome, nightmarish illustrations by Stephen Gammell. The series was America's most frequently challenged book (or book series) for library inclusion of 1990-1999. Alvin Schwartz died in Princeton, New Jersey on March 14, 1992. 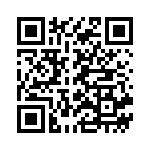