Robert P. Kolker, Professor Emeritus, University of Maryland, taught cinema studies for almost 50 years. He is author of A Cinema of Loneliness, The Extraordinary Image: Orson Welles, Alfred Hitchcock, Stanley Kubrick and the Reimagining of Cinema, and editor of 2001: A Space Odyssey: New Essays and The Oxford Handbook of Film and Media Studies.

Nathan Abrams is Professor in Film at Bangor University in Wales. He is founding co-editor of Jewish Film and New Media: An International Journal, as well as the author of The New Jew in Film: Exploring Jewishness and Judaism in Contemporary Cinema and Stanley Kubrick: New York Jewish Intellectual. 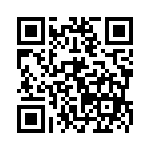