John L. Comaroff is the Harold W. Swift Distinguished Service Professor of Anthropology at the University of Chicago and a Research Professor at the American Bar Foundation. Jean Comaroff is the Bernard E. and Ellen C. Sunny Distinguished Service Professor of Anthropology and director of the Chicago Center for Contemporary Theory at the University of Chicago.Both are honorary professors at the University of Cape Town. Together they have coauthored or coedited numerous books, including Of Revelation and Revolution, volumes 1 and 2, Ethnography and the Historical Imagination, Millennial Capitalism and the Culture of Neoliberalism, and Law and Disorder in the Postcolony. 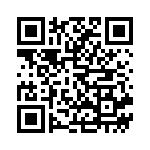