Dylan Wiliam is one of the world's foremost education authorities. He has helped to successfully implement classroom formative assessment in thousands of schools all over the world, including the United States, Singapore, Sweden, Australia, and the United Kingdom. A two-part BBC series, "The Classroom Experiment," tracked Dr. Wiliam's work at one British middle school, showing how formative assessment strategies empower students, significantly increase engagement, and shift classroom responsibility from teachers to their students so that students become agents of and collaborators in their own learning.Dylan Wiliam is Emeritus Professor of Educational Assessment at University College London. After a first degree in mathematics and physics, he taught in urban schools for seven years, during which time he earned further degrees in mathematics and mathematics education. Learn more about Wiliam's research, as well as his products and services at the Learning Sciences Dylan Wiliam Center.

Siobhán Leahy, MS, was a principal of three secondary schools for 17 years. She has practical experience with embedding classroom formative assessment through implementation of teacher learning communities. She is co-author and developer, with Dylan Wiliam on several publications. She received her Master of Science from South Bank University, London, and her Bachelor of Science in Management Sciences from the University of Warwick, UK. 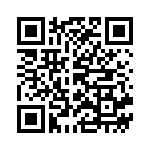