I had the honor to study from this book which provides clarity in understanding mechanics of elastic media. It prints rigor for those who are studying and the accessibility of reading invites to a careful analysis. Study from this book was a phase of improvement and the retrieval of it was a joy. Iulian Girip

The book (both in the French and Romanian editions) is one of the most remarkable and valuable works in the field of elasticity. The mathematical and mechanical treatment of the subjects is complete and exemplary with demonstrations, reviews and examples carefully chosen. The book is clear and pleasant. I recommend it to everyone who prepares a PhD in the field of mechanical engineering and the mechanics of deformable media and those already working in the field. Veturia Chiroiu

PhD in Moscow, 1950-1953, under the leadership of the reputed scientist in Applied Mathematics and Mechanics –†Iurii Nikolaevich Rabotnov.

Liviu Solomon worked at the Institute of Mechanics of the USSR Academy of Sciences. His thesis, „Despre ipoteza descompunerii stării de tensiune”, was considered as one of the most remarkable works of that period in the field of Elasticity. Among the major aspects covered by Liviu Solomon in his doctoral thesis are the contact of elastic bodies and fractures without plastic passage, for anisotropic bodies, and the concepts and balance of energy and entropy in Thermodynamics.

Associate Professor at the Department of Elasticity, Faculty of Mathematics, University of Bucharest, 1953 – 1971.

1. The first three prints of this book sold out immediately.

2. For a long time, this book would be on every French Elasticity Theory researcher’s desk.

4. The book elaborated on the Linear Elasticity course that Liviu Solomon held at the Bucharest University. An example of the Professor’s pursuit of excellence.

5. The bibliography included in the book reflects the Romania stage of his career.††

6. Another outstanding course developed by Liviu Solomon†(“Metode variaționale Ón Teoria Elasticității”/ “Variational methods in the Elasticity Theory”), through which a whole generation of Romanian researchers had access to the essence of natural language functional analysis, course held at the Bucharest University, was never published, only due to reservations the Professor himself had, not satisfied that the course content was enough amplified.††

7. A moving example of the Professor’s never-ending quest for perfection. In the early ’90ies, I was in Paris, at the†Paris 6 University†(Applied Mathematics). I was strolling among the bookshelves. Serendipitously (but we know, nothing is really accidental), my gaze fell on the Professor’s (essential) Book. The copy’s condition showed had been borrowed many times – that’s actually what drew my attention. I pulled it from the shelf and opened it. To my surprise, at the end of the book, the Professor (who else?!) had taped about 5 or 6 typed pages, 2-sided, folded to fit the book format. Those added pages (themselves clearly perused many times), contained additions to the text (20 years after the book has been published!). The Professor knew the Book still had many readers and, impressively, he was communicating with them (ignoring the passage of time), through those new pages, which had been added to each of the 3 or 4 copies in the Library.

The preface to Elasticitť Linťaire (preface signed by Professor Paul Germain of the French Academy of Sciences) states: “Professor SOLOMON offers us†a treatise. • We must admit that the once classical genre of the “treatise” (intended to combine knowledge gained on a fairly broad subject) is somewhat neglected today, and this for the very obvious reason that it is difficult to fix today in a single work a theory or a fairly broad and evolving discipline. • The author chose to omit certain chapters of the Linear context to focus on the Plane Problem, the Plane Problem, the Three-Dimensional Problem (with Representations of Solutions), the Elastic Sphere Problem, the Elastic Half-Space Problem, and the Elastic Contact Problem. In these directions the author brings extremely substantial and complete developments, which reflect very recent results from the literature. • This book shows a considerable effort to supplement the scientific quality with the presence of the useful. Therefore, not only the specialist in the field will benefit by studying this volume, but also the student or the engineer. This volume seems to be indispensable for those who want to get started in the field, for those who are looking for clarifications through a complementary approach, or for those who are interested in the mathematics of the models presented. “

The Professor’s perfectionism made it impossible to find (posthumously) a complete list of his essential works. A few (too few) such titles only are available, however, in†a short list†curated by†Veturia Niță (Chiroiu), who†was his student and collaborated with the Professor. • Veturia Chiroiu was also the author of the initial version of the Professor’s biography.

Note: This material is based on “The Great Professor Liviu Solomon”, written by his former student†Liviu Dinu, and included in “Pages from the History of Romanian Mathematics”, published in 2018 by the Romanian Academy (Vol. 21 of the series “The Romanian Civilisation”) 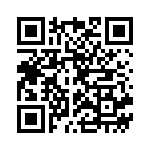