A collection of previously published articles in which the author takes on established notions or "pseudo-ideas" in a way guaranteed to create controversy. He does not accept the current fashions, but ... Read full review

Thomas Sowell is the Rose and Milton Friedman Senior Fellow on Public Policy at the Hoover Institution.

He writes on economics, history, social policy, ethnicity, and the history of ideas. Sowell's current research focuses on cultural history in a world perspective. Sowell's journalistic writings include a nationally syndicated column that appears in more than 150 newspapers from Boston to Honolulu.

Over the past three decades, Sowell has taught economics at various colleges and universities, including Cornell, Amherst, and the University of California at Los Angeles, as well as the history of ideas at Brandeis University. He has also been associated with three other research centers, in addition to the Hoover Institution. He was project director at the Urban Institute, 1972-1974, a fellow at the Center for Advanced Study in the Behavioral Sciences at Stanford University, 1976-77, and was an adjunct scholar of the American Enterprise Institute, 1975-76. 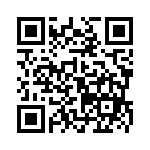