The only weak spot in this otherwise excellent treatise is the loooong chapter discussing the distinctions between networks and communities. It's a solid critique, but belabored. It drags down the ... Read full review

Written by a man that taught in the monopoly called public school system, won awards for it, and lists what he taught; confusion, class position, indifference, emotional dependency, intellectual ... Read full review

John Taylor Gatto is an internationally renowned speaker who lectures widely on school reform. He taught for 30 years in public schools before resigning on the op-ed pages of the Wall Street Journal during the year he was named New York State's official "Teacher of the Year." On April 3, 2008, the Kennedy School of Government at Harvard credited Mr. Gatto with adding the expression "dumbing us down" to the school debate worldwide. 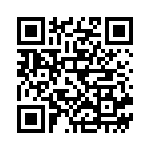