DREAMWORLD AND CATASTROPHE: The Passing of Mass Utopia in East and West

BuckMorss (The Dialectics of Seeing, 1989) turns her Benjaminian eye on the often surprising convergence of the Western and Soviet utopian imaginaries, to dazzling effect. Reading this book is like ... Read full review 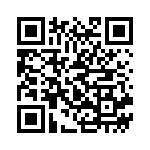