Garrard McClendon is an associate professor of Educational Leadership and Policy Studies at Chicago State University. He is the author of Ax or Ask? - The African American Guide to Better English and the editor of the Ebonics Anthologies. McClendon's research areas include administrators' perceptions of language and dialect, the influence of education law, and the power of school finance. His publications include studies on Ebonics and how teachers use language bias against Black students. McClendon earned an Emmy Award for Outstanding Achievement in Interview/Discussion for the Challenge of Raising Black Boys on WYCC-PBS. He hosts the McClendon Minute Podcast and has hosted the television shows, Garrard McClendon Live on CLTV, Counter- Point and Off 63rd on PBS. McClendon is a recipient of the Associated Press Community Impact Award, NAACP Champion Award, a Human Relations Commission Leadership Award, and the Monarch Award. He is the Executive Director of the Milton & Ruby McClendon Scholarship Fund, and he sits on the boards of the Sheila A. Doyle Foundation, the Mid-America Club of Chicago, Art of Culture Foundation, and the National Association of Wabash Men. He is also the director of the anti-violence film, Forgiving Cain. Garrard and his wife live in Chicago. 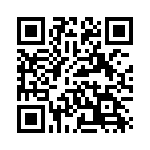