Comics and food are two of my favourite things, and Dirt Candy: A Cookbook: Flavor-Forward Food from the Upstart New York City Vegetarian Restaurant blends the two in an exciting way. It's part autobiography of a restaurant owner and chef, part learning resource for kitchen skills, part history book and part cookbook. It's entirely rewarding.
Dirt Candy includes explanations of complex cooking terminology and clearly explains, through comics, how to do many of the steps called for in advanced recipes. There are cooking methods explained within that I hadn't attempted in part because of intimidation, but after reading I feel I have a good grasp of concepts such as blanching and shocking foods. The comics format is perfect for this kind of instructional material.
The book is full of great surprises, such as a section on why hiring illegal immigrants is valuable to everyone involved. It included the heartbreaking story of a family who had immigrated illegally. The book is about food broadly; it covers a lot of what it takes to operate a restaurant, food history, how meals are priced and reveals some of the challenges faced before the doors opened.
I usually gravitate to simple recipes and there are not many of those in this book. It has actually been nice to explore some food ideas outside my normal comfort zone. The dishes tend to be complex and have suggestions for presentation; the cookbook is decidedly coming from restaurant culture, and that has been an interesting shift to make when working with them. The recipes are vegetarian but usually have suggested modifications for making them vegan, which I appreciated.
Dirt Candy is packed with content and the comic format makes it very easy to digest. It has joined the ranks of both my favourite cookbooks and my favourite comics.

AMANDA COHEN is the chef-owner of Dirt Candy, an all-vegetable restaurant located in New York City’s East Village that is recommended by the Michelin guide. Cohen, who has written about food for Saveur, Eater, Salon, and Esquire, was the first vegetarian chef invited to compete on Food Network’s Iron Chef America. She and her restaurant have been featured in the New York Times, Food & Wine, and The New Yorker.

RYAN DUNLAVEY is a New York City–based artist whose work includes The Comic Book History of Comics, MODOK: Reign Delay, Tommy Atomic, and the Xeric and ALA award-winning Action Philosophers.

GRADY HENDRIX has written for Variety, Slate, Playboy and is coauthor of The Magnolia League, a young adult series from Little, Brown. He is married to Amanda Cohen. 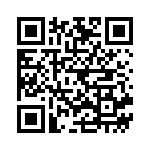