Although he is most widely known for his book "After Virtue" (1981), with its critique of reason and ethics, Alasdair MacIntyre writes in other areas of philosophy as well, including philosophical psychology, political theory, and philosophy of religion. Born in Scotland, he was educated at Manchester, London, and Oxford universities. In 1969, he went to the United States where he has taught at Brandeis, Boston, and Vanderbilt universities. Since 1988, when he also delivered the Gifford lectures, MacIntyre has taught at the University of Notre Dame. "After Virtue" is one of the most widely discussed of all recent books on moral philosophy. It is the culmination of MacIntyre's deep engagement with the history of ethics. In it he argues that modern ethical theory, as it has developed since the seventeenth century, has been exposed by Friedrich Nietzsche as conceptually bankrupt. To find an alternative, he looks to ancient Greece and especially to Aristotle's concept of virtue. Although his critics consider this alternative to be something of an impossible dream, MacIntyre argues that it is central to a recovery of ethics. 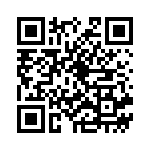