A great book on its subject, Said's prose avoids being technical by bearing academic merit while, at the same time, being accessible to the common reader. The theories that he purports are illustrated ... Read full review

Culture and Imperialism describes how the language used in literature can powerfully impact our stereotypes of other cultures. Using examples in classical literature (ranging from Jane Austen, to ... Read full review

Edward W. Said was born in 1935 in Jerusalem, raised in Jerusalem and Cairo, and educated in the United States, where he attended Princeton (B.A. 1957) and Harvard (M.A. 1960; Ph.D. 1964). In 1963, he began teaching at Columbia University, where he was University Professor of English and Comparative Literature. He died in 2003 in New York City.

He is the author of twenty-two books which have been translated into 35 languages, including Orientalism (1978); The Question of Palestine (1979); Covering Islam (1980); The World, the Text, and the Critic (1983); Culture and Imperialism (1993); Peace and Its Discontents: Essays on Palestine and the Middle East Peace Process (1996); and Out of Place: A Memoir (1999). Besides his academic work, he wrote a twice-monthly column for Al-Hayat and Al-Ahram; was a regular contributor to newspapers in Europe, Asia, and the Middle East; and was the music critic for The Nation. 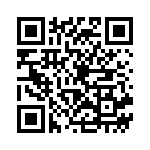