Page 10 - Detection is, or ought to be, an exact science and should be treated in the same cold and unemotional manner. You have attempted to tinge it with romanticism, which produces much the same effect as if you worked a love-story or an elopement into the fifth proposition of Euclid.
Appears in 130 books from 1890-2008
Page 9 - Let him, on meeting a fellow-mortal, learn at a glance to distinguish the history of the man, and the trade or profession to which he belongs. Puerile as such an exercise may seem, it sharpens the faculties of observation and teaches one where to look and what to look for. By a man's fingernails, by his coat-sleeve, by his boot, by his trouserknees, by the callosities of his forefinger and thumb, by his expression, by his shirt-cuffs — by each of these things a man's calling is plainly revealed....
Appears in 51 books from 1898-2007
More
Page 29 - ... these and more bear mute witness against him. This is evidence that does not forget. It is not confused by the excitement of the moment. It is not absent because human witnesses are. It is factual evidence. Physical evidence cannot be wrong; it cannot perjure itself; it cannot be wholly absent. Only its interpretation can err. Only human failure to find it, study and understand it, can diminish its value.
Appears in 17 books from 1958-2008
Page x - This thou must always bear in mind, what is the nature of the whole, and what is my nature, and how this is related to that, and what kind of a part it is of what kind of a whole, and that there is no one who hinders thee from always doing and saying the things which are according to the nature of which thou art a part.
Appears in 50 books from 1864-2007
Less

William Jerry Chisum has been a criminalist since 1960. He studied under Dr. Paul L. Kirk at U.C. Berkeley, worked in San Bernardino, and set up the Kern County Laboratory in Bakersfield. After joining the California Dept. of Justice, he took a leave of absence (1971-73) to work at Stanford Research Institute. He has been President of the California Association of Criminalists three times, and has also served as President of the American Society of Crime Lab Directors. In October of 1998, he retired from 37 years of public service but continues working as a private consultant. An accomplished teacher and lecturer, he has also been published in many forensic science journals and books.

Brent E. Turvey spent his first years in college on a pre-med track only to change his course of study once his true interests took hold. He received a Bachelor of Science degree from Portland State University in Psychology, with an emphasis on Forensic Psychology, and an additional Bachelor of Science degree in History. He went on to receive his Masters of Science in Forensic Science after studying at the University of New Haven, in West Haven, Connecticut.

Since graduating in 1996, Brent has consulted with many agencies, attorneys, and police departments in the United States, Australia, China, Canada, Barbados and Korea on a range of rapes, homicides, and serial/ multiple rape/ death cases, as a forensic scientist and criminal profiler. He has also been court qualified as an expert in the areas of criminal profiling, forensic science, victimology, and crime reconstruction. In August of 2002, he was invited by the Chinese People's Police Security University (CPPSU) in Beijing to lecture before groups of detectives at the Beijing, Wuhan, Hanzou, and Shanghai police bureaus. In 2005, he was invited back to China again, to lecture at the CPPSU, and to the police in Beijing and Xian - after the translation of the 2nd edition of his text into Chinese for the University. In 2007, he was invited to lecture at the 1st Behavioral Sciences Conference at the Home Team (Police) Academy in Singapore, where he also provided training to their Behavioral Science Unit. In 2012 Brent completed his PhD in Criminology from Bond University in Gold Coast, Australia.

He is the author of Criminal Profiling: An Introduction to Behavioral Evidence Analysis, 1st, 2nd, 3rd and 4th Editions (1999, 2002, 2008, 2011); co- author of the Rape Investigation Handbook, 1st and 2nd Editions (2004, 2011), Crime Reconstruction 1st and 2nd Editions (2006, 2011), Forensic Victimology (2008) and Forensic Fraud (2013) - all with Elsevier Science. He is currently a full partner, Forensic Scientist, Criminal Profiler, and Instructor with Forensic Solutions, LLC, and an Adjunct Professor of Justice Studies at Oklahoma City University. He can be contacted via email at: bturvey@forensic-science.com. 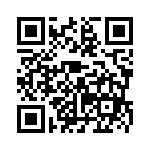