What a book. For someone with a vast intellect as Sagan to be able to write a book that is so approachable by all is a feat unto itself. He writes with a wonder that was visible during the "Cosmos ... Read full review

This book was wow. Simply wow. It's very technical at times, which isn't surprising considering it's a book about scientists by a scientist, but it offers up philosophical, cultural, and sociological ... Read full review

A respected planetary scientist best known outside the field for his popularizations of astronomy, Carl Sagan was born in New York City on November 9, 1934. He attended the University of Chicago, where he received a B.A. in 1954, a B.S. in 1955, and a M.S. in 1956 in physics as well as a Ph.D. in 1960 in astronomy and astrophysics. He has several early scholarly achievements including the experimental demonstration of the synthesis of the energy-carrying molecule ATP (adenosine triphosphate) in primitive-earth experiments. Another was the proposal that the greenhouse effect explained the high temperature of the surface of Venus. He was also one of the driving forces behind the mission of the U.S. satellite Viking to the surface of Mars. He was part of a team that investigated the effects of nuclear war on the earth's climate - the "nuclear winter" scenario. Sagan's role in developing the "Cosmos" series, one of the most successful series of any kind to be broadcast on the Public Broadcasting System, and his book The Dragons of Eden (1977) won the Pulitzer Prize in 1978. He also wrote the novel Contact, which was made into a movie starring Jodie Foster. He died from pneumonia on December 20, 1996. 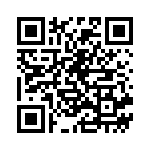