Born in Berlin, Germany, Joseph Weizenbaum immigrated to the United States as a child. He is among the world's foremost computer scientists, as well as a pioneer in the field of computer ethics. An outspoken critic of overdependence on and misuse of powerful new computers, Weizenbaum claims that individual privacy is being depleted rapidly by the computer revolution. He also is concerned about the increasing role of computer technology in warfare and claims that computers have made combat more deadly and potentially catastrophic. Weizenbaum worked for General Electric as a computer systems engineer in the late 1950s and early 1960s, before becoming an instructor in the Department of Computer Science at MIT in 1963. In 1970 he was appointed professor of computer science and engineering at MIT and also became editor of the International Journal of Man-Machine Studies. In his published work, Weizenbaum emphasizes the dangers associated with substituting computer technology for human to human contact in counseling, legal situations, and language translation. In 1973 Weizenbaum was honored as the Vinton Hays Senior Research Fellow at Harvard University. 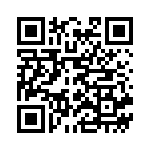