Ferdinand Tonnies, a German sociologist, was a major figure in Germany at the turn of the century. Tonnies, Georg Simmel, Werner Sombart, and Max Weber founded the German Sociological Society. Tonnies was president from 1909 until 1933, when he was dismissed from all of his positions by the Nazis. His fame rests largely on his first book, Gemeinschaft und Gesellschaft, published in 1887, which went through seven editions in German and was published in English in 1957 as Community and Society. According to Tonnies, social clubs and religious sects, for example, result from mutual sympathy, habit, or common belief; these involve Gemeinschaft Gemeinschaft-like social relationships. Business and political organizations, on the other hand, are intended by their members to be means to specific ends; these involve Gesellschaft Gesellschaft-like relationships. This typology is closely related to others: status-contract (Henry Sumner Maine); rural-urban; organic-mechanical solidarity (Emile Durkheim); folk-urban (Robert Redfield); and particularism-universalism (Talcott Parsons). 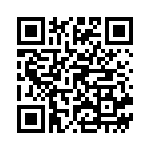