3.5 stars. A Young Adult book about India and the struggle for freedom from British rule, from the caste system, from the tradional roles for women. Read full review

MSBA Nominee 2009-2010 I liked this one quite a lot. Set during WWII in India, Vidya has a relatively liberal upbringing in a family that believes in non-violent protesting. When an unfortunate ... Read full review

Padma Venkatraman lives in North Kingstown, Rhode Island. An oceanographer by training, she is the author of twenty books for young readers, published in India, on a variety of subjects. To learn more, about her book Climbing the Stairs, visit the web site, www.climbingthestairsbook.com. You can also read her blog, padmasbooks.blogspot.com. 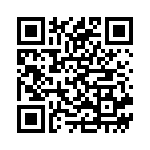