Oh, Harry! This book took my heart and broke it time and time again. Every time I thought things might get better, I found that everything could get so much worse than I could have ever imagined. The ... Read full review

A blast from Dresden’s past shows up with news. Susan comes to Harry, confessing she has a daughter with him and that daughter is now in the hands of one of his mist ruthless enemies. Harry’s soft ... Read full review

A martial arts enthusiast whose rťsumť includes a long list of skills rendered obsolete at least two hundred years ago, #1 New York Times bestselling author Jim Butcher turned to writing as a career because anything else probably would have driven him insane. He lives mostly inside his own head so that he can write down the conversation of his imaginary friends, but his head can generally be found in Independence, Missouri. Jim is the author of the Dresden Files, the Codex Alera novels, and the Cinder Spires series, which began with The Aeronaut’s Windlass. 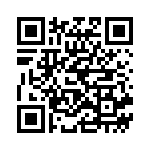