Robert K. Yin is President of COSMOS Corporation, an applied research and social science firm. Over the years, COSMOS has successfully completed hundreds of projects for federal agencies, state and local agencies, and private foundations.Outside of COSMOS, Dr. Yin has assisted numerous other research groups, helping to train their field teams or to design research studies. The most recent such engagements have been with The World Bank, the Division of Special Education and disAbility Research at George Mason University, the Department of Nursing Research and Quality Outcomes at the Children’s National Health System (Washington, DC), and the School of Education, Southern New Hampshire University.Dr. Yin has authored over 100 publications, including authoring or editing 11 books (not counting the multiple editions of any given book). Earlier editions of the present book have been translated into eight languages (Chinese, Japanese, Korean, Swedish, Romanian, Italian, Polish, and Portuguese), and a second book on Qualitative Research from Start to Finish (2016) is in its 2nd edition and has been translated into four languages (Chinese, Korean, Swedish, and Portuguese). Dr. Yin received his B.A. in history from Harvard College (magna cum laude) and his Ph.D. in brain and cognitive sciences from MIT. 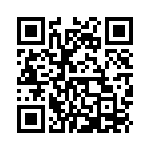