A book with phrases like "Cancer Activism" and "Public Policy" in the title might not catch a reader's eye, but this book truly is captivating and, believe it or not, hard to put down -- only to soon ... Read full review

Karen M. Kedrowski is professor and chair of the department of political science at Winthrop University in Rock Hill, South Carolina, and the author of Media Entrepreneurs and the Media Enterprise in the U.S. Congress. Marilyn Stine Sarow is an associate professor of mass communication at Winthrop University, and coauthor of Integrated Business Communication in a Global Marketplace. 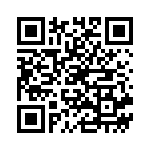