Award-winning heritage consultant, author and editor Donald Luxton is a founding director of the Heritage Vancouver Society, the Victoria Heritage Foundation and the Canadian Art Deco Society. He has also served on the Board of Directors of the Vancouver Heritage Conservation Foundation. Luxton has been practicing in the field of heritage conservation since 1983. His heritage consulting firm, Donald Luxton & Associates, has carried out numerous municipal planning projects, heritage inventories and the restoration of public buildings throughout British Columbia, Alberta and the Yukon. Luxton has also been active in the field of public education through the teaching of heritage conservation courses for both general interest and university credit. He teaches in the School of Construction and the Environment at the British Columbia Institute of Technology. 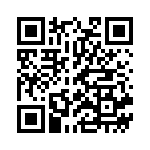