Theodore Fontaine takes us to a place that many of us do not want to go. It is factual, raw and needs to be shared. I commend his personal courage, strength and honesty in writing this book. His ... Read full review

Theodore (Ted) Fontaine is a member and former chief of the Sagkeeng Ojibway First Nation in Manitoba. He attended the Fort Alexander and Assiniboia Indian Residential Schools from 1948 to 1960. As a youth, he played senior hockey across Western Canada before moving north to direct a mineral exploration crew in the Northwest Territories, a formative experience that set him on a lifelong path toward self-discovery and healing. Theodore graduated in civil engineering from the Northern Alberta Institute of Technology in 1973 and went on to work extensively in the corporate, government and First Nations sectors, including eleven years with the Assembly of Manitoba Chiefs as an advisor and executive director. He has served in leadership and voluntary roles with organizations such as the Banff Centre for Management, Peace Hills Trust, the Indigenous Leadership Development Institute, the Manitoba Museum, the Victorian Order of Nurses and 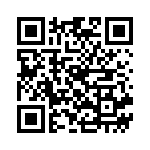