This story is smoking HOT! It is the fifth book in the Dossier series written by Cathryn Fox.
Piper is spending three weeks in Rio De Janeiro for her twenty-fifth birthday courtesy of her friend Alyssa, but when she gets there she is surprised that it involves a young single father who needs a nanny for his daughter. This isn't what she signed up for!
Lucas needs a nanny for his daughter and believes that is what he is getting when his cousin Alyssa says that she has the perfect person for the job, but Piper doesn't seem to know anything about it and his attraction to her is combustible.
I was given an ARC from the author/publisher. All conclusions are mine and mine alone.

New York Times and USA Today bestselling author Cathryn Fox is a wife, mom, sister, daughter, and friend. She loves dogs, sunny weather, anything chocolate (she never says no to a brownie), pizza, and red wine. Cathryn has two teenagers who keep her busy and a husband who is convinced he can turn her into a mixed martial arts fan. When not writing, Cathryn can be found laughing over lunch with friends, hanging out with her kids, or watching a big action flick with her husband. 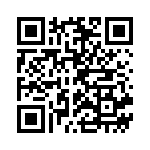