I actually found Brand Failures to be more interesting than Brand Successes. Sometimes why things fail seems to make no sense whatsoever. Matt Haig does a good job of briefly discussing the reason why a particular brand, particularly an old and venerated brand may fail. Read full review

Matt Haig was born on July 3, 1975 in Sheffield. He attended the University of Hull where he studied English and History. He has since become a British novelist and journalist. He has authored both fiction and non-fiction for children and adults. His non-fiction title "Reasns to Stay Alive" became a Sunday Times bestseller. His bestselling children's novel, A Boy Called Christrmas is now being adapted for film. His other works include: The Last Family in England, The Dead Fathers Club, Shadow Forest, The Possession of Mr. Cave, How to Stop Time and Runaway Troll. 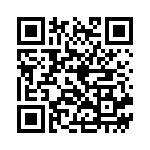