Matt Furie is fromnbsp;Columbus, Ohio. He is the subject of the documentary Feels Good Man, which is about how his gentle character, Pepe the Frog, was co-opted. Winner of the best Visual Artist in the San Francisco Bay Guardian's 20th annual Goldie awards, he's exhibited in the U.S. and Europe. Furie is also an accomplished illustrator; in addition to his comic book series Boy's Club, he's published a children's book, The Night Riders. He lives in Los Angeles with his wife and daughter. 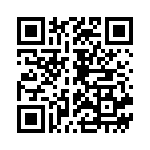