Natasha Bakht is an assistant professor of law at the University of Ottawa. She was called to the bar of Ontario in 2003 and served as a law clerk to Justice Louis Arbour at the Supreme Court of Canada. Her research intersts are generally in the area of law, culture and minority rights and specifically in the intersecting area of religious freedom and women's equality. Natasha has written extensively on the issue of religious arbitration in family law. Her probono work inclued active membership in the Law Program Commitee for the Women's Legal Education and Action Fund (LEAF). Natasha is also an Indian contemporary dancer and choreograper. She is the 2008 co-recipient of the KM Hinter Artsts Award. 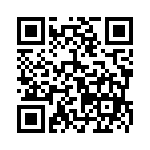