Review: Being and Nothingness

It's much more fun to read ABOUT what Sartre said than to read WHAT Sartre said. Maybe I should pound some ritalin and power through this one... Read full review

Jean-Paul Sartre (1905-1980) was the foremost French thinker and writer of the post-WWII years. His books have exerted enormous influence in philosophy, literature, art, and politics. 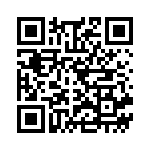