Ronald Koltnow is a retired sales representative for Penguin Random House. He has been a consultant for Your Expert Nation, a supervisor at Blue Cross and Blue Shield and a bookseller. Koltnow's articles have appeared in the AARSC Journal, Magill's Survey of Cinema, Magill's Film Annual and Washington, D.C.'s City Paper. He is a native Akronite but currently resides in Boston with his wife and two beloved cats. 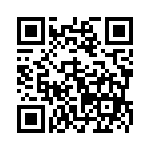