Throughout his tenure as a registry clerk with the Immigration Division of Ellis Island, Augustus F. Sherman systematically photographed more than 200 families, groups, and individuals while they were ... Read full review

Augustus F. Sherman worked as a clerk in Ellis Island from 1892-1925. He was an untrained, yet highly gifted photographer who created hundreds of images documenting the new arrivals to America. At the time, his photographs were not taken in an official capacity but used by immigration officials to promote the work of Ellis Island. In 2008, the Minnesota History Center opened a new exhibit celebrating the human story of the more than twelve million immigrants who entered the United States. Today, Sherman's collections are housed in the Ellis Island Immigration Museum and the New York Public Library.

Peter Mesenhöller has been a research associate and part-time museum educator with the Rautenstrauch-Joest Museum of Anthropology, Cologne (Germany) since 1990/2001. He is author of Mismeasurements: Other Bodies in 18th and 19th Century Ethnology and Anthropology (2002) and Mundus Novus: The Image of America as Mirrored in European Print Media from the 16th to the 20th century (1992). He has been a freelance curator since 1984. His shows include Picturing Paradise: Colonial Photography of Samoa 1875-1925, co-curated by Alison Devine Nordström (1995-1996) and Augustus Frederick Sherman: Ellis Island Portraits 1905-1920 (2005-2008), co-curated with Diana Edkins. 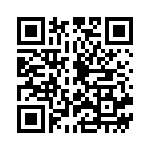