David Pingree, Ph.D. (1960), Harvard University, is Professor of the History of Mathematics at Brown University. He has edited numerous scientific texts in Arabic, Greek, Latin, and Sanskrit, and has collaborated for many years with Assyriologists in publishing cuneiform texts on astronomy and astral omens. Hermann Hunger, Ph.D. (1966) in Ancient Near Eastern Studies, University of Munster (Germany), is Professor of Assyriology at the Institut fur Orientalistik of the University of Vienna. He has published widely on Babylonian astronomy, e.g., "Astrological Reports to Assyrian Kings" (Helsinki 1992). 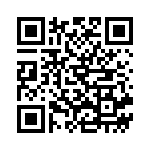