Page xxiii - The sufferings that are endured patiently, as being inevitable, become intolerable the moment it appears that there might be an escape.
Appears in 21 books from 1957-2002 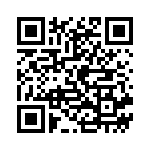