Outstanding example of detailed and useful historical narrative. So far as I could tell, it did not have any partisan ax to grind (I could be obtuse), as it presented both good and bad incidents dispassionately. Read full review

In this first book in the "Penguin History of the United States" series, Taylor (history, Univ. of California, Davis; William Cooper's Town: Power and Persuasion on the Frontier of the Early American ... Read full review

Alan Shaw Taylor was born in 1955 in Portland, Maine. He graduated from Colby College in Waterville, Maine in 1977. He went on to earn his PhD. from Brandeis University in 1986. He has become a professor of history at the University of California. Taylor is best known for his contributions to microhistory which he demonstrated in his Pulitzer Prize winning history of William Cooper and the settlement of Cooperstown, New York. In this work, Alan Taylor uses court records, land records, letters and diaries to reconstruct the economic, political and socila history of New England and the settlement of New York. He is also a regular contributor of book reviews and essays to The New Republic. His books include William Cooper's Town: Power & Persuasion on the Frontier of the Early American Republic, which won the 1996 Pulitzer Prize for history and the Bancroft Prize in American History. In 2014, he once again won the Pulitzer Prize for History in his title: The Internal Enemy: Slavery and War in Virginia, 1772-1832.

Eric Foner is the preeminent historian of his generation. His books have won the top awards in the profession, and he has been president of both major history organizations, the American Historical Association and the Organization of American Historians. He is the author of Give Me Liberty!, which displays all of his trademark strengths as a scholar, teacher, and writer. A specialist on the Civil War/Reconstruction period, he regularly teaches the nineteenth-century survey at Columbia University, where he is DeWitt Clinton Professor of History. In 2011, Foner's The Fiery Trial: Abraham Lincoln and American Slavery won the Pulitzer Prize in History, the Bancroft Prize, and the Lincoln Prize. His Gateway to Freedom: The Hidden History of the Underground Railroad is a 2015 New York Times bestseller. 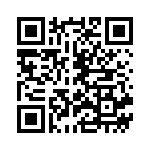