Ian Gill is president of Ecotrust Canada, a non-profit organization that combines conservation with community economic development. He is also an award-winning documentary reporter and the author of Hiking on the Edge and Haida Gwaii: Journeys through the Queen Charlotte Islands. Ian Gill lives in Vancouver, BC. 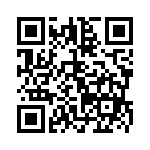